​In the late 1800's century and early 1900's, mining was booming in Grants Pass and Josephine County.  Mining is what built many of the communities and cities in SW Oregon.  Miners in the 1920s became very persistent about spreading news of a mysterious “white metal” that seemed to be everywhere, so much that it eventually drew the attention of Federal authorities.  There was an argument about whether the abundant white metal material could be tin, a valuable commodity at the time. 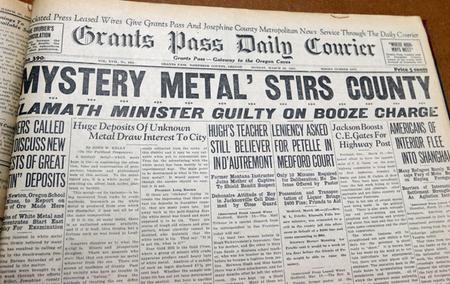 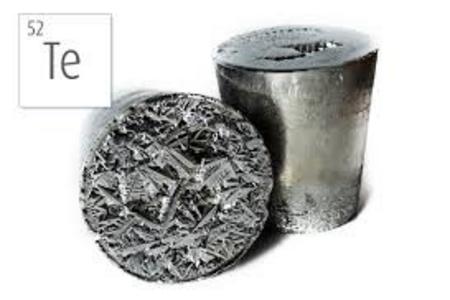 The story eventually reached the Federal Public Lands Commissioner William Spry who launched an investigation and laboratory in Grants Pass to study the metal.  This may have been the biggest or one of the biggest federal mineral investigations in the early 1900's and this was a huge deal as the Commissioner had the power to reclassify lands.

Grants Pass and Josephine County, Oregon, where AMR has focused most of our research and mineral property purchases, is home to an amazing story from the early 1900's that we refer to as the “mystery metal story.”  Through current research, we can prove this mystery metal was very likely Tellurium, a metalloid that is 8 times rarer in the earth’s crust than gold.  Tellurium is also a key component in certain types of thin film solar cells and other technology applications.  Check out the story below followed by how the Josephine County economy can benefit by our research on this topic today.

AMR founder Michael Cope has been studying Tellurium in Josephine County and SW Oregon for over 20 years.  Early in this work close to 25 years ago, Michael’s discovery of native Tellurium on certain properties in Josephine County was the beginning of an extensive library of valuable local mineral development opportunities.  AMR has more proprietary information on Tellurium locally than even USGS and our state Department of Geology, and AMR plans to use this for the benefit of the local economy.  But in addition to current research, check out some historical research samples in the mystery metal story below.

​In addition to the mystery of what the abundant white metal material was, Commissioner Spry mysteriously died shortly after launching this investigation…as did the stories of how miners locally and the Oregon School of Mines was doing to investigate the matter.  The depression and World War II likely scaled back these efforts.

Drama, wealth, a mysterious sudden death…we’re working on the movie script for this amazing true story!

A few more details of this story in a NewsWatch 12 video where all the information was provided to the NewsWatch 12 Oregon Trails series by our founder in 2012 as he began to tell the story:

​Turning forward to the 1930s, Oregon Governor Martin set up a mining school in Grants Pass with the thought that the mineral resources here could pull Oregon out of the depression.  World War II and related war actions shut down most of the mining and SW Oregon became a timber economy as it relates to natural resources…the Governor Martin story is a whole story in itself and speaks to the mineral wealth of our area.

So what are we doing about this today?

Tellurium today is classified as a critical mineral due to its importance in making certain types of thin film solar panels and its use in technology and other applications.  Yet, more than half of the Tellurium used in the US today is imported from other countries such as Canada and China.

Tellurium is so rare that there are only two mineral deposits in the whole world that are mined with Tellurium as the primary economic mineral.  Some of our proprietary mineral tests in certain properties in Josephine County indicate that levels of Tellurium in the ore is so high that a few small mineral operations in Josephine County could increase the total domestic US production of Tellurium by 5-10% if those levels were consistent in the rock.  This is very attractive as the demand for Tellurium and solar panels is steadily increasing and expected to continue to increase over the next 20 years while worldwide Tellurium supply is limited.  Other precious metals are also in the hard rock ore from these properties.

University researchers in Canada are also developing a high efficiency battery technology that uses Tellurium as a key battery component.

Could Josephine County’s mineral resources be a key supplier to the solar, battery, and other technology industries in the near future?  Could Josephine County’s tellurium resources be in the batteries that power our cars and cell phones in the near future?  We think so, and have acquired the property interests that will begin to prove this through our proprietary small scale and environmentally friendly mineral production process.  And of course these properties also have high levels of gold and various other critical minerals of value.