The City of Grants Pass, Josephine County and Southwest Oregon will be known for their vast God-given hard rock deposits of critical minerals and precious metals and have a thriving tourism and mineral property development industry. 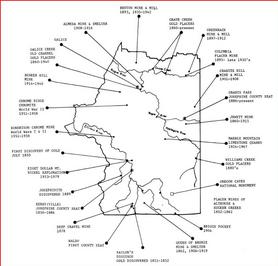 Jay Meredith, CPA:  Jay has worked in Finance roles in all size organizations from small to $500 million in annual revenue. He is a former co-founder of an investment advisory firm that specialized in natural resource investments, microcap growth investing, and following a top down macro outlook.  Jay served as Finance Director of the City of Grants Pass for over 10 years through 2020 when he stepped down to work for AMR.
Jay has been a licensed CPA since 2001 and has focused on a variety of corporate accounting, investing, and finance work. Jay has been studying and has owned a share of mineral properties in Josephine County for 13 years and has rolled his various property interests into AMR's portfolio.

AMR's founder and CEO, Michael Cope, purchased a local property in the early 1990's and realized it had a historic gold mine on the property.  As he set out to research the history of this mine, he quickly realized Josephine County's vast history of gold and other mining and his mineral research career began!  Over the last almost 30 years, Michael has built an extensive library of research on mineral properties and historic mines in SW Oregon.  Michael has also developed a proprietary hard rock (narrow vein) mineral development program, including lab and mill operations, specific to the geology of Southwest Oregon.  Michael has been recognized by the Oregon Department of Geology and Mineral Industries (DOGAMI) for his geology work in SW Oregon and the discovery of native tellurium.  Michael has also worked with various professional geologists and Oregon State University on documenting additional new mineral discoveries in Josephine County, Oregon.

SW Oregon's history:
The communities of SW Oregon were originally settled in the 19th century and early 20th century due to their rich gold and other mineral resources.  Although gold was discovered in the 1850’s records weren’t kept until 30 years later. Production peaked around the turn of the century and then again right before WWII. All the local gold mines were closed during WWII due to a federal order that stopped non-critical mining efforts to support the war effort.  Since World War II, SW Oregon has been more of a timber economy when it comes to natural resources and most mineral properties remain undeveloped or under-developed with modern and environmentally responsible mining methods.  This is why there is a unique market opportunity in SW Oregon.  All of AMR’s current mineral properties are located in Josephine County, Oregon.  However, our significant private library of local mineral research extends beyond Josephine County.​

AMR's research library also includes a significant amount of information on a major state and federal investigation of the mineral wealth in Grants Pass / Josephine County done in the early 20th century.  Please see the preview of this story, which we call the "Mystery Metal Story," on THIS page on our site.

To bring glory to God through the development of the critical minerals and precious metals deposits in Josephine County and Southwest Oregon.  He guides us to protect the beauty of Southwest Oregon, educate all stakeholders and the next generation, provide rewarding careers, and develop hard rock (lode) mineral properties for the benefit of both private industry and our local governments.

A Summary of AMR's History: 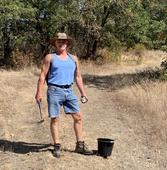 Michael Cope:  Michael has 30 years of field exploration conducting local research and mapping. Michael has also developed milling circuits specific to the geology of SW Oregon.  Over the years, he has hosted a number of premier investigators in the field of economic minerals including Stanley Keith, MagmaChem Exploration; Dr. John Dilles, Oregon State University; and various geologists of the Oregon Department of Geology and Mineral Industries (DOGAMI). Michael has also been recognized by DOGAMI for his discovery of native Tellurium in Josephine County.  Michael has been studying and has owned a share of mineral properties in Josephine County for 30 years and has rolled his various property interests into AMR's portfolio.